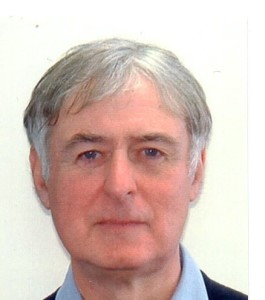 Looking back to our May Concert…The day of our last concert was cold, wet, and blustery.  I set off for the dress rehearsal feeling quite despondent, thinking:  who will want to come out in weather like this to go to a concert? It is not as if anybody has actually had to buy tickets, therefore committing themselves.

As it turned out, I need not have worried. Our enthusiastic and loyal audience turned out in force and the Town Hall was full once again for our first concert there this season.I was unable to attend the concert that evening, but I knew from the dress rehearsal, and from the performance I had heard previously in Howick, when the orchestra received a standing ovation, that it was going to be something special. And from what I was told afterwards, that is exactly what it turned out to be.

Our brilliant cello soloist, Jacky Siu, gave a truly gripping performance of the Shostakovich Cello Concerto No.1 accompanied by the orchestra, with all the idiomatic and rhythmic vitality the work demands. Antun Poljanich, who is to my mind the finest interpreter of Russian music in New Zealand, started the concert with an incredibly exciting performance of Borodin’s Polovtsian Dances and in the second half, the New World Symphony sounded totally fresh and engaging, as if it had just been written.  This quality of freshness and excitement is something I have noticed time and time again from the AYO, and what a treat it is to hear our talented young musicians discovering and playing these great works for the first time. 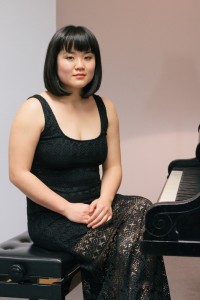 Since the foundation of the AYO Soloist Competition, we have been able to present an outstanding performer from the orchestra as an essential feature of our programming each season. In addition, we are able to feature other outstanding young performers who may not be members of the orchestra. This is the case in our upcoming programme, in which we are proud to present the pianist Maria Mo, who will perform Mendelssohn’s sparkling and dramatic first piano concerto.Maria has developed an outstanding reputation as a performer in New Zealand, having toured with Opus Orchestra, Trust Waikato Symphony Orchestra, and Chamber Music New Zealand. Overseas she has performed in the UK, Switzerland and Austria, including festivals such as Semaine Internationale de Piano (Switzerland), the Edinburgh Fringe, and the Gesellschaft fur Musiktheater (Vienna).

Maria completed her Master of Music degree at the University of Waikato under Katherine Austin before going on to study at the Vienna Conservatory, gaining a Master of Arts in Piano Performance and a Postgraduate Diploma from the University of Music and Performing Arts. She has returned to New Zealand as a candidate for a Doctorate of Musical Arts at the University of Auckland under Rae de Lisle. We are so pleased that she has agreed to perform with AYO while she is here.

The music of Tchaikovsky is today loved and appreciated by a huge range of people from many walks of life, many of whom would not even describe themselves as followers of classical music.It is hard to understand how so many of his most popular compositions were met with incomprehension, and even hostility, when they were first performed.  The viciousness of some of the criticism he received is breath-taking and I cannot imagine that today’s critics would review any composer in such an extreme manner.  For example, the prominent Viennese critic Hanslick, who was lampooned by Wagner in his Music Drama ‘The Mastersingers’, described Tchaikovsky’s Violin Concerto as music that “stinks to the ear as obscene pictures stink to the eye”, while a critic in Boston wrote “The Pathétique Symphony threads all the foul ditches and sewers of human despair: it is as unclean as music well can be….”  The intellectual arrogance of these critics is also staggering.  Hanslick, referring to the second movement, which is in five-four time and a movement of great originality and expressive power, wrote: “This disagreeable meter upsets both listener and player.  In Tchaikovsky’s Scherzo, this discomfort is quite unnecessary: the movement can, without the least inconvenience, be arranged in six-eight time.”

A curious aspect to this criticism is that music was perceived to have some kind of moral quality, and that the public should be warned about the evil consequences of listening to compositions which critics perceived to be unhealthy – as if the moral fabric of society could be undermined by the music’s very existence. One can only guess at the effect such comments would have had on the psyche of Tchaikovsky, given his extremely sensitive temperament. They certainly did not stop his creative development, but his fear of being exposed as a homosexual in the environment of the time must have been exacerbated by the use of such language. We can never know for certain that when he drank a glass of unboiled water during a cholera epidemic in St Petersburg he was intending to take his own life, but he had tried to commit suicide before, after his disastrous marriage, and at the very least he must have been tempting fate. The fact remains that nine days after the premiere of the Pathétique, he died of cholera. Tragically he had suffered the traumatic experience of witnessing his mother die of cholera when he was only fifteen.

It remains a mystery how a great creative artist such as Tchaikovsky can distil the essence of his life’s experience into an enduring work of art which can continue to have meaning for generations to come, long after he has died. His sixth symphony, the Pathétique, is now recognized as one of Tchaikovsky’s finest works, and arguably the greatest Russian symphony.  It will be a very moving experience to hear Antun Poljanich interpret it for us with the AYO.

As always, we are sincerely grateful for the support offered by the Freemasons Lodge of the Liberal Arts.  Generous support for our Tauranga concert is being offered by a Tauranga legal firm, Harris Tate, in which one of our alumni, David Foster, is a partner and director.  David was a vital part of our French horn section from the mid-70s to the mid-80s and we are delighted to have his practical support for this concert – thank you.

The Pathétique is a fitting climax to yet another wonderful concert season, and I look forward to seeing you all at the Town Hall on 3 October.  As has become our custom, the Town Hall concert will by Entry by Donation.